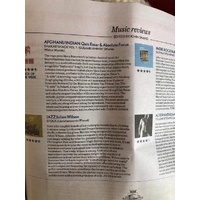 STOCK is the latest album from acclaimed Melbourne saxophonist Julien Wilson featuring the quartet that has been his regular working unit for close to a decade. His previous albums include the popular Trio-Live and This Is Always which won an unprecedented trifecta of Australian Jazz “Bell” Awards and was Birdland Records’ #1 selling Australian album in 2014. Julien received the APRA/AMCOS Art Music Award for Excellence in Jazz for work with Lionsharecords in 2015 and his playing is featured on lauded albums by Sam Anning, Andrea Keller, Jonathan Zwartz, Barney McAll, Kristin Berardi, Stu Hunter, Elly Hoyt, Sarah McKenzie and Ben Salter.

STOCK sees this established and deeply intuitive band of improvisors utilize the studio to expand upon a new paradigm that has been cooperatively evolving onstage. Possessing an inclusively chameleonesque yet cavalier attitude to style the group are capable of dispelling many pre-conceptions of what a traditional “jazz” quartet can sound like; This irrepressible collective generate enough momentum to melt walls. The addition of clarinet and effects has further enhanced their already diverse sonic palette.

The titles of the co-composed tracks reference natural phenomena long associated with witchcraft and sorcery, uncannily juxtaposed with the stunning oil painting by Contemporary Australian artist Dale Cox which graces the cover of the CD and Deluxe Collectors Edition Gatefold LP

For their debut album they have harnessed the interaction developed over hundreds of live gigs and honed their focus on a unified collective approach. Working in close collaboration with engineer/producer Lachlan Carrick (Gotye, Lior, The Cat Empire) they have crafted an offering with a unique Australian accent. STOCK will take you on an epic sonic adventure far from the mundane and mind-numbing realities of the modern world.

“This ensemble has the beautiful cohesion that is possible only when a band has been deep in the laboratory for many years. STOCK exemplify “science in the shed, poetry on the bandstand”. Barney McAll 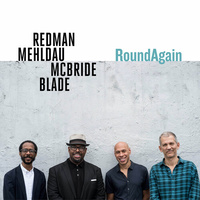