The 9-song set was produced by Wilco’s Jeff Tweedy and recorded by Tom Schick at Wilco’s The Loft in Chicago, IL. The Siren’s Song is the follow up to their acclaimed 2015 New West Records debut Strange Country, and for the first time incorporates full, electric band arrangements.

Their sound is an arresting amalgamation of psychedelic folk, English folk revival and the ancestral music of Southern Appalachia. Now rounded out by Mike Silverman on drums and percussion & Shuyler Jansen on bass, The Siren’s Song encompasses their 60’s and 70’s Folk and Traditional Country influences, but also introduces a new emphasis on groove.

The Boot premiered the album track “This World Has Seven Wonders,” calling it “a perfect example of Kacy & Clayton’s mix of Appalachian sounds and psychedelic folk. The melody wouldn’t have sounded at all out of place among 1970s folk-pop hits, and Kacy Anderson’s vocals have a slightly wispy, light quality to them.” 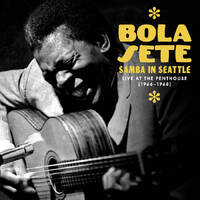