A very personal, open-hearted record about love and loss, two-time Brit Award nominee Katie Melua’s Album No. 8 – produced and arranged by Leo Abrahams – features ten magnificently composed, redolently autobiographical tracks. Each is a vignette telling a story, a series of thoughts, as if read from a diary.

Opening with the smooth, gorgeous A Love Like That, the singer asks the abiding question: how do you make love last? Though it doesn’t specify, the ballad – like most of the songs – strongly evokes her feelings about the ending of her seven-year marriage to musician and World Superbike racer James Toseland.

Melua’s mellifluous voice, rich bass and soaring symphonies engage us in the playful, whimsical English Manner – a portrait of a love triangle – and the gentle, sweet ballad Leaving the Mountain, with its bewitching flute and instrumentals, is about a voyage taken with her father to the Caucasus mountains by the Black Sea. Delivering a distinct country music sound, Joy’s stunning guitar licks and soothing, blissful vocals are followed by a jazzy Voices in the Night, a charismatic, atmospheric tune with clarinet, strings and a dynamic beat.

The tender Maybe I Dreamt It, co-written with her brother and featuring acoustic guitar and a sweeping orchestra,  is a magnetic, evocative track exhibiting the singer’s stellar range – a homage to modern dance choreographer Pina Bausch, whose work profoundly affected her. With its touch of folk and soul-stirring piano and chorus, Heading Home recalls Melua’s childhood, and the powerful heart-wrenching Your Longing Is Gone is a beautiful, striking, achingly romantic composition that has the makings of a classic.

Airtime, a moody and sultry number, is about coping with the loss of love, asking what went wrong and whether too much exposure was to blame – seeming to allude to her own breakup. Finally, Remind Me to Forget – also with a hint country music – is a winsome, soulful, wistful reverie about learning to adapt at the end of a  relationship.

There is a sense of freedom and honesty to this album. Completely guileless and natural, the record makes it feel as though the artist is speaking to us directly. While the expressions are about reflections that are universal, Album No. 8‘s lyrics are poetic and haunting. Melua’s lovely, melodious voice combined with Abrahams’ superb score result in a captivating, impressive compilation that carries us on a wave of dreamlike wandering. 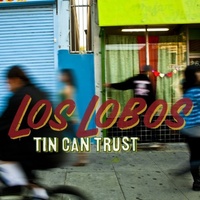 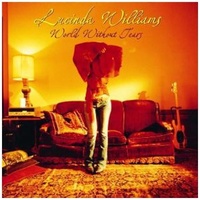