Having paid tribute to Johann Sebastian Bach in a sequence of New Series recordings of the Well-tempered Clavier, the Goldberg Variations and the French Suites, Keith Jarrett now turns his attention to Bach's near contemporary, Georg Friedrich Händel.

The project, in fact, has been in preparation for a long time; Jarrett's liner note informs us that he first began to record Händel's keyboard suites some 20 years ago. The present recording is of particular interest for a number of reasons and not least because it is the first of his albums of baroque music to feature the piano - as opposed to harpsichord - since Book One of the Well-tempered Clavier was issued in 1988. Where, in his Bach recordings, Keith Jarrett has striven to obliterate his musical personality ('This music does not need my assistance'), he feels Händel's 'basically unknown' solo keyboard music needs a measure of special pleading. And, though he has gone to 'the least tampered with editions' of the suites in the interests of 'correctness both musicological and musical', in making the case for their reassessment he permits himself some interpretive leeway in matters of tempi and phrasing. The result is an extremely attractive reading of seven of the Suites for Keyboard that can perhaps be more readily related - particularly in the adagio movements, where Jarrett takes full advantage of the lyrical warmth and textural richness of the material - to aspects of the pianist's improvised recordings than can his Bach interpretations. (Or, to put it another way, these pieces, in the right hands, retain the freshness of improvisation).

'Händel was a keyboardist, ' Jarrett notes, 'and his keyboard works should occupy a higher position in our awareness than they do.' Keith Jarrett's playing on this recording invites comparison with his interpretation of Dmitri Shostakovich's 24 Preludes and Fugues Op. 87 (a work that creates a bridge, via Bachian inspirational sources, from the baroque to the 'modern'). Jarrett's Shostakovich prompted John Rockwell to declare, in the pages of the New York Times: 'With this recording, Mr. Jarrett has finally staked an indisputable claim to distinction in the realm of classical music. Even in our multicultural, multistylistic age, it is extremely difficult to cross over from one field to another. Mr. Jarrett, having long since established himself in jazz, can now be called a classical pianist of the first rank.' 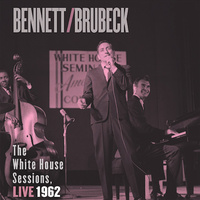 Avi Avital - Art of the Mandolin