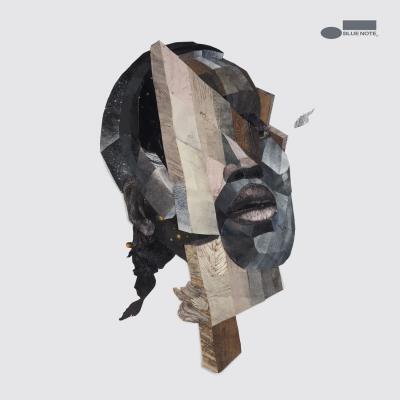 Drummer and composer Kendrick Scott returns with a 12-track song cycle titled, A Wall Becomes A Bridge. Produced by Derrick Hodge, A Wall is a musical and metaphorical journey exploring many themes: innocence ("Archangel"), acceptance ("Windows"), and insecurity ("Voices"). Scott is joined by his Oracle band: pianist Taylor Eigsti, bassist Joe Sanders, guitarist Mike Moreno, and saxophonist/flutist John Ellis. Within that singular meld of talent is secret weapon and turntablist Jahi Sundance, who immerses his own artful craft into the musicianship that surrounds him.

Kendrick Scott lays out his vision for the album in his artistic statement:

“Walls are easier to build than bridges. We are often quicker to stack bricks built of fear than we are to weave a cable of empathy and reach across a divide. Where I see walls, then, I see an admission of our fundamental fragility - of vulnerability. So the question that I began to ask myself was how I personally, and we collectively, can use those vulnerabilities not as points of separation, but as points of convergence?

I realized that my life’s purpose is to become an instrument of peace; to bridge divides through my music. Yet, in pursuing this I found my path stagnated by my internal walls of fear and insecurity. As I worked to explore and understand these fears in myself, I came to see my personal journey as parallel with our collective social consciousness.

This project is, therefore, a response to a personal struggle that is also a collective one: how we are more connected than ever, but also more separated; and the opportunities that lie before us within that awareness.

This music was created to explore this narrative, revealing itself from the end (>>>>>>>>>>>) of the story to the beginning (>). Traversing 12 stages including Perspective, Breakthrough, Doubt, Acceptance, Denial, and Innocence, in the end, we arrive at the seat of the allegory: transformation and optimism.  Ultimately, our walls don't exist in contrast to bridges; they are our provocations and precursors to our breakthrough