The Traveler, an album of experience and profound resonance by the Kenny Wayne Shepherd Band. Recorded in Los Angeles, while the band was on a break from their uncompromising tour schedule that left them road-tested and ready to rock, The Traveler showcases some world-class musicians: vocalist Noah Hunt, drummer Chris "Whipper" Layton (formerly of Stevie Ray Vaughan's Double Trouble), bassist Kevin McCormick, and keyboardists Jimmy McGorman and Joe Krown.

The album features ten songs including eight new originals co-written by KWS and some of Nashville's most in-demand songwriters, plus incendiary covers of Buffalo Springfield's "Mr. Soul" and Joe Walsh's "Turn to Stone." 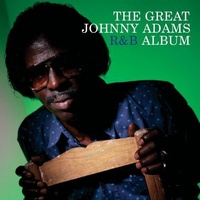