Reveille is the long overdue debut for bassist extraordinaire Kermit Driscoll as a leader. All but two of these ten tracks were written by him, and are played by an all-star band that includes guitarist Bill Frisell, all-star journeyman drummer Vinnie Colaiuta, and the lesser-known but utterly gifted pianist Kris Davis. Driscoll’s tunes tend to be be more sketch-like than fully fleshed-out compositions, and act as suggestive frameworks for maximum group improvisation.

The set begin with the funky blues “Boomstatz,” which features the bassist’s enormous woody tone backed by Frisell playing chunky angular blues-rock riffs and Colaiuta’s shuffling breakbeats. It’s a cruiser dominated by the interplay between Frisell and Driscoll, which moves from its dark blues groove to something approaching country and back again. Colaiuta and Driscoll open “Thank You” on an angular arpeggiatic study before Frisell and Davis enter. Her engagement with the guitarist provides a turnstyle effect in the track’s narrative. The reading of Joe Zawinul and Miles Davis’ “Great Expectations” is a real treat; these players rock up their jazz improvisation with verve and real grit. Colaiuta’s double-time breaks and fills are wildly creative even as they keep the entire sprawling groove in the pocket.

Davis’ playing really shines on "Hekete" as she triples on the front line with Frisell and Driscoll. It adds shape and a gorgeous nocturnal dimension to the angularity in the tune's melody. The closing title track, with its implied (rather than strictly notated) melody, represents the finest example of group interplay on the album. Frisell is at his most inquisitively inventive as Driscoll and Colaiuta sound off on one another as they move around him.

“Martin Sklar” features another stellar performance by Davis (whose talent is underutilized on the album as a whole); she combines an expressionistic melodic improvisation with expansive harmonics and a decidedly percussive attack. Reveille contains wonderfully cohesive group playing, even if Driscoll's tunes aren’t utterly memorable on their own yet. That said, it's a very promising -- and satisfying -- debut. 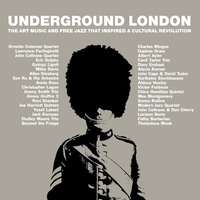 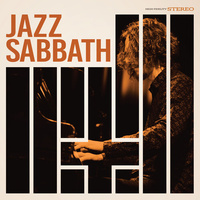 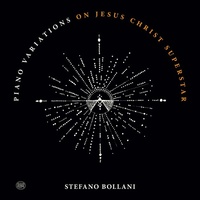