Over a period of three months in 2018, Kirk and his longtime friend and producer, the British jazz trumpeter and session musician James McMillan, recorded tracks in locations ranging from studios in Jakarta, Tokyo, Paris, Nairobi, Johannesburg and Hastings, to hotel rooms, office buildings and even Kirk's living room in Memphis - tracks that showcase the album's harmonious mix of American jazz, blues, funk, pop along with global indigenous musical forms abound on Humanité. 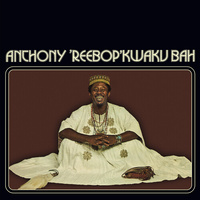