This music, encapsulated for eternity in a piece of plastic, is one of the great milestones of human Culture, an ultra-rare eruption of human genius. Recorded by a quintet led by Polish pianist / composer Krzysztof Komeda, the legendary Godfather of Polish Jazz, this is definitely the most important piece of music recorded in Eastern Europe, which changed the face of Culture far beyond what most people realize. Universally accepted as a model and artistic / aesthetic climax by generations of Jazz musicians in Komeda's native Poland and far beyond the country borders, this modern Jazz recording influenced innumerable minds and prompted endless artistic processes.

The album includes just three pieces of music: the title track; "Kattorna", which was a theme in the soundtrack of a movie by the Danish director Henning Carlsen; and "Svantetic", a tune dedicated to the Swedish poet Svante Forster, Komeda's friend. The quintet included trumpeter Tomasz Stanko, saxophonist Zbigniew Namyslowski, German bassist Gunter Lenz and Swedish drummer Rune Carlsson. Playing in every possible grouping, from solo to a full quintet, these brilliant and inspired musicians manage to achieve a whole, which is so much more than a sum of its parts. The result goes way beyond soloing, improvising, interplaying and exchanging ideas; it is a sort of group creation, which builds upon the basic structures, which are the mesmerizing Komeda's melodies and soaring infinitely towards a musical heaven. There is everything here: melody, harmony, freedom and structure, rhythm and space, all simultaneously represented without conflicting and fighting for supremacy. Such harmonious music-making is indeed very rare and therefore priceless.

One might wonder how this wonderful music happened in Poland of all places. Well the reasons for this are numerous and complex, but of course genius knows no geographical limitations and catalyzed by the fertile intellectual background of the 1960s Poland, struggling with Socialist regime and longing for Freedom, Jazz became an escape route, which in this case found its true vocation. Of course the fact that Stanko and Namyslowski were (and thank God still are) exceptionally gifted musicians helped to materialize the potential of Komeda's music. One might as well look into Komeda's fascination (and adoration) of the music and life of John Coltrane, who served as a beacon and a model in the composer's path to inner enlightenment. And yet Komeda did not succumb to Coltrane's (or indeed the entire American Free Jazz movement) ideas blindly and unconditionally, as did many of his peers. He decided to incorporate the struggle for Freedom, which was a central scheme in Coltrane's philosophy (both musical and personal) with his deep European cultural roots and heritage, building his very personal bridge between Cultures. This is why his music works so well, regardless if it's a concert played in a Jazz club or a movie soundtrack. It is simply transcending stylistic or circumstantial limitations, as any higher level of Art is able to do. The fact that this music was created almost fifty years ago is a sad reminder of how little progress (if any) we managed to achieve since. In face of this fact we should cherish the great achievements of our Culture and keep them close to our hearts. This is definitely one of those great achievements, so let's treat it accordingly. Absolutely essential! 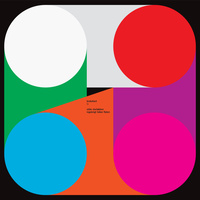 Brad Mehldau & Jordi Rossy trio - When I Fall in L Freddie Hubbard - The Hub of Hubbard 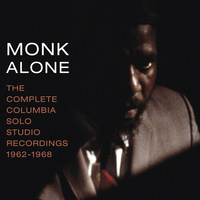