Kuba Wiecek is a young alto saxophonist and composer born in 1994 in the Polish city of Rybnik. After studying in his homeland he continued his musical education at the famous Rhythmic Conservatorium in Copenhagen, an institution which once employed the UK’s own Django Bates as a professor.

Wiecek also studied in Amsterdam and New York and his saxophone teachers include such giants of the alto as Lee Konitz, Steve Lehman and David Binney. As a performer Wiecek has worked with New York based luminaries such as trumpeter Ralph Alessi and the guitarists Mike Stern and Gilad Hekselman, heavyweight company indeed. Hekselman adds his endorsement of Wiecek’s abilities to the album’s liner notes.

The liners, written by one Tomasz Pierchala, also recall an encounter between Wiecek and the great American saxophonist Ronnie Cuber at a Copenhagen jazz club. It was Cuber’s gig and the American was initially reluctant to let the younger man sit in with him. However on hearing Wiecek play Cuber was bowled over by his performance and the young alto player ended up on stage for the rest of the set. It’s an episode that reveals much about Wiecek’s prodigious abilities.

Wiecek currently divides his time between New York, Copenhagen and Warsaw and “Another Raindrop” represents his recording début as a leader. Recorded in Warsaw the album features an all Polish trio with Michal Baranski on double bass and Lukasz Zyta at the drums. It appears on the famous Polish Jazz imprint (now part of the Warners group) which has previously issued landmark recordings by such celebrated Polish musicians as pianist Krzysztof Komeda, trumpeter Tomasz Stanko and saxophonist Zbigniew Namyslowski. 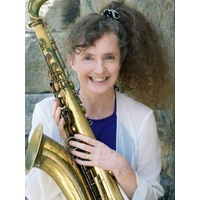