Larry Ochs, Nels Cline, Gerald Cleaver - What is to Be Done

The most fulfilling encounters are also the most improbable ones – those we never imagined possible, either due to the many miles separating the circuits usually frequented by the individual participants in a music project or to the aesthetic differences they have. The trio with Gerald Cleaver, Nels Cline and Larry Ochs is one of those cases and the pieces inside “What is to Be Done” reflect entirely that condition.

As Stuart Broomer’s liner notes point out, this music «enjoys the simultaneous qualities of nearness and distance: three musicians in a room, each stretching to the limits of one another’s material for some new richness, some sonic confluence unknown». With a Detroit background defining his personal style, Cleaver is a drummer of first choice by many of the greatest in creative jazz, from Henry Threadgill and Roscoe Mitchell to Craig Taborn and Ellery Eskelin.

Considered (by the magazine Rolling Stone) one of the top 100 guitarists of all time, Nels Cline is either busy in the rock field, with the band Wilco, or appearing in more experimental contexts, like the one of “Lovers”. Ochs is one of the main figures of the music created in the fissures between exploratory jazz and contemporary classical music, with Rova Saxophone Quartet, Maybe Monday or Sax & Drumming Core. Each one has his remarkable life story, together they’re making history. 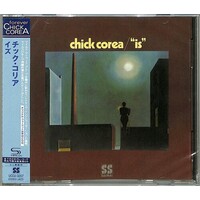