At age 82, bluesman Leo 'Bud' Welch rocks on stage like a teenager - dancing and spinning as he beats out jagged chords and grimy solos on his pink, sparkle-covered guitar. That raw youthful energy and Welch's old-school juke-joint jones blend full-throttle in the 10 songs on I Don't Prefer No Blues, his second release for Fat Possum Records' subsidiary Big Legal Mess. The album is a garage-blues manifesto that weds waves of prickly six-string distortion and gutbucket d rums with Welch's smoke-and-ash voice and mud-crusted guitar - and lives up to Fat Possum's history of producing edgy but deeply rooted recordings by artists like Junior Kimbrough and R.L. Burnside. 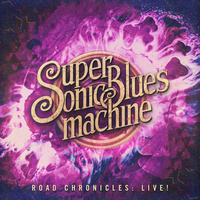