Leon Russell - On a Distant Shore

Leon Russell turned 74 years old in 2016. At the time, he'd already logged more than half a century onstage, weaving a legendary path through the worlds of rock & roll, soul, country, blues and classic pop music.

He was still active in the recording studio, too, where he spent much of the year working on a new album, On a Distant Shore, during breaks in his busy touring schedule. On a Distant Shore arrives 10 months after Russell's passing.

It's his final album, offering up a stunning batch of original material - including updated versions of three hits from his older catalog - all influenced by the timeless sounds of the Great American Songbook. These aren't cover songs. Instead, they're Russell's own version of pop and jazz standards, filled with sweeping strings, upright piano, pedal steel, horns, and a voice that retained it's powerful, poignant punch until the very end. 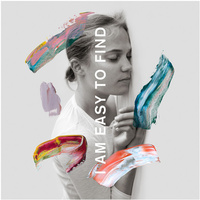