Michelle Mayne-Graves and her Lifeline Quartet perform spirituals from the Civil War era and before, celebrating code songs written as reminders and guides for the Underground Railroad. These spirituals include hidden messages about maps, navigational strategies and timing for slaves to escape toward freedom in the Northern States and Canada.

In addition to directing choirs, performing spirituals and helping to coordinate and lead veterans singing groups, Michelle supervises a team and works as the RN Case Manager for Housing Homeless Veterans at the Veteran's Administration in Los Angeles. "If I Can Help Somebody" opens the album. This song not only honors Harriet Tubman, but reveals Michelle's generous heart as well. Michelle lives what she sings. Harriet Tubman is one of the better known heroes who escaped slavery herself and then worked as a "conductor" on the Underground Railroad, helping subsequent groups of people flee to the North.

"Wade In The Water", for example, serves as a reminder for escaping slaves of where to walk in the rivers to make it harder for dogs to scent people escaping at night. "I'm On My Way To Canaan's Land" talks about the route to Canada.

Slavery may be the worst chapter in the history of the United States. The scars from slavery may fade over the years but will never go away. It is marvelous and perhaps miraculous to witness the magnificent music created by an oppressed people during and despite this incredible suffering.

The sound is intensely three-dimensional, especially the sensation of being in the audience when the deserved applause comes after each performance. The singers appear before you effectively spread across the stage, bathed but not buried... tape playback bypassed Bernie's excellent board and went directly into the lathe so you are directly hearing what the microphone picked up. The opening track, 'If I Can Help Somebody' sung from a slave's POV and dedicated here to Harriet Tubman's 'ingenuity and generosity' will break your heart. The rest will put it back together. 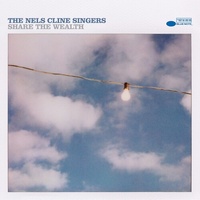