LIVE IN HOLLYWOOD features amazing performances from a concert that Ronstadt recorded in 1980 for her acclaimed HBO television special. Recorded on April 24, 1980 at Television Center Studios in Hollywood, and produced by John Boylan, the concert captures Ronstadt at the peak of her reign as America’s most popular female rock singer. For LIVE IN HOLLYWOOD, Ronstadt selected 12 of her favorite performances from the original concert. 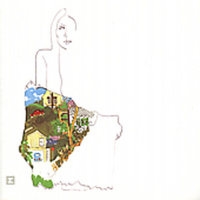 Joni Mitchell - Ladies of the Canyon