So, Concord Music Group revived the Specialty imprint and released this excellent hits collection, which at 25 tracks is just as long as The Georgia Peach. Fully 20 of those 25 tracks are shared between the two compilations, which should come as no surprise as these 20 tracks are the big hits and standards, ranging from "Tutti Frutti," "Long Tall Sally," and "Good Golly Miss Molly" to "Ooh! My Soul," "Bama Lama Bama Loo," and the medley of "Kansas City/Hey Hey Hey Hey" that the Beatles later covered. As The Very Best of Little Richard ends a little anticlimactically with a perfunctory rehearsal take of "Hound Dog" from Richard's last session, a pedestrian demo of the blues "Baby" from his pre-Specialty days, and a surprisingly tame live medley from 1964, this pales slightly in comparison to The Georgia Peach, but that's nitpicking: apart from these three OK cuts, this is as good a Little Richard compilation as you can get, which means this is as good as rock & roll gets. 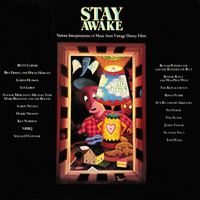