Lorne Greene - The Complete Christmas On The Ponderosa

Between 1959 and 1973, viewers tuned in weekly to NBC for the latest episode of Bonanza. The beloved western, following the exploits of the Cartwright family on their Ponderosa ranch, aired for a remarkable 431 episodes and reached an estimated 400 million watchers in 87 countries.

Bonanza inspired, well, a merchandising bonanza, with action figures, comic books, lunchboxes, model sets, dinnerware, and even a chain of steakhouses and a Lake Tahoe theme park. The program was so popular that RCA Victor jumped at the chance to bring it's cast into the recording studio. Real Gone Music and Second Disc Records are proud to ring in the holiday season with a true yuletide Bonanza.

The Complete Christmas on The Ponderosa brings together the newly-remastered 1963 album Christmas on The Ponderosa-featuring Lorne Greene (Ben Cartwright), Pernell Roberts (Adam Cartwright), Dan Blocker (Hoss Cartwright), and Michael Landon (Little Joe Cartwright) reprising their television roles for a merry family sing-along-plus the worldwide CD premiere of Lorne Greene's 1965 seasonal album Have a Happy Holiday, along with both sides of Greene's rare 1966 single "Must Be Santa" b/w "One Solitary Life." The Complete Christmas on The Ponderosa has been remastered by Mike Piacentini at Sony's Battery Studios and features new liner notes by The Second Disc's Joe Marchese along with album art and photos. This first-of-it's-kind release celebrates the festive musical legacy of this true TV classic and it's memorable stars. Saddle up this season with the Cartwright family! 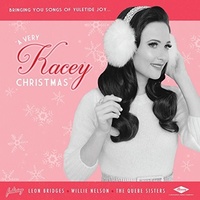 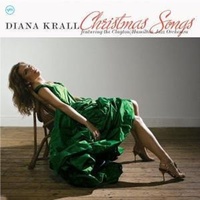