In the early 1900s Béla Bartók was introduced to the folk music of the Romanian people in Transylvania. His immediate infatuation with the music led him to a lifelong pursuit to record and catalog these beautiful regional pieces. Bartók spent eight years traveling the Romanian countryside recording and transcribing these pieces, which he would spend the rest of his life collating into six catalogs containing over three thousand tunes, simply entitled Romanian Folk Music.

The composer's own compositions would be influenced at every level by his folk studies.  A century later, three outstanding improvisers - Mat Maneri, Lucian Ban and John Surman - draw fresh inspiration from the music that fired Bartók's imagination, looking again at the carols, lamentations, love songs, dowry songs and more which the composer collected, in the period between 1909-1917. 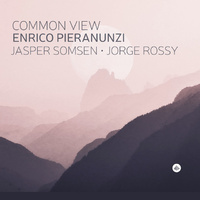 Sonny Rollins - A Night At The Village Vanguard -