The third and final volume of Lucille Bogan’s complete works as presented by Document allows the listener to savor 23 recordings made between July 1934 and March 1935, with pianist Walter Roland, and guitarists Bob Campbell and Josh White. It was during this period that Bogan chose to record under the name of Bessie Jackson.

You Got to Die Some Day has a familiar ring to it, and might well be the source for a line in Eddie Durham and Jimmy Rushing’s “Sent for You Yesterday,” a major hit for Count Basie and other big-band leaders during the late 1930s. I Hate That Train Called the M. and O. is one of several Bogan songs inspired by locomotives. Because this particular train separated her from the man that she loved, the emotions expressed here are undiluted and powerfully direct. Pig Iron Sally, like the train songs rooted in the industrialized territory where she lived and worked, is the testimony of a woman who protects herself by claiming to be filled with Evil. The underlying message is as clear and concise as a crossbow: “Do Not Mess with Me.”

In many ways, the blues is often used like a diary. Whenever she expressed herself in front of a recording microphone, this singer reflected on who she was, the kind of a world she lived in, and the sort of people who inhabited it. B.D. Woman’s Blues is about “Bull Dykes”; women who exclusively prefer the company of other women and display what are considered to be masculine characteristics. Barbecue Bess is a lusty conflation of flesh (sexual pleasures) and meat (carnivorous dining), both delectable topics for insatiable appetites.

Shave ‘Em Dry s Les Chants de Maldoror, she bursts out laughing and has to struggle to contain herself in order to finish her wild performance. After 1935, Lucille Bogan stopped making records and moved back to Birmingham, AL, where she managed her son’s band, known as Bogan’s Birmingham Rhythm Busters. This group, which included trumpeter Martin Barnett, saxophonist Lee Golden, pianist Robert McCoy, and washboard percussionist Clarence Curly, cut two sides for Vocalion in March of 1937. Lucille Bogan eventually moved to Los Angeles where she died a victim of coronary sclerosis in 1948. Since the reissue of most of her works by Document in 1994, her name and voice have become familiar to small numbers of dedicated classic blues lovers worldwide. Eat To The Beat: The Dirtiest Of Them Dirty Blues 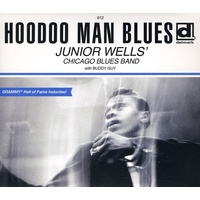