The SACD has the favorite track takes from the Direct-To-Disc Sessions January 19 & 20, 2019 at Bernie Grundman Mastering Studio. Includes 24 DSD tracks. First 12 are a Needle Drop of the test pressings. Tracks 13-24 are the same songs from the reel to reel analog tape of the actual recording session. This 12 song Super Audio Hybrid CD (SACD) has the same 12 tracks that are on the Direct-To-Disc version of the same album title. The disc has a 16 44000 redbook layer that will play on most CD players (car or otherwise) and also a single DSD layer for those who have a Blu-Ray or DSD player. Limited pressing non-numbered.

Part two of jazz recording artist Lyn Stanley's Julie London tirbute project is a very rare Direct to Disc Live album with LA's top Jazz players who named themselves the Jazz Mavericks. Featuring Otmaro Ruiz (piano), Mike Lang (piano), Chuck Berghofer (bass), Aaron Serfaty (drums), John Chiodini (guitar) and Luis Conte (percussion), the Jazz Mavericks created arrangements for incredibly creative music plus over the top sound from the best engineers in LA. While both Lyn and London could be described as sultry and sophisticated singers, the album is an appreciation, not an imitation of London’s material selections. Stanley puts her own distinctive stamp on the material London performed and has decided to include some of Julie London’s husband’s works as well as pop songs that set a lively pace to a live album.

Lyn can be counted on to surround herself in the studio with the crème de la crème of musicians. For this venture, she aims for the intimate sound of piano, bass, drums/percussion, and guitar. Lyn has engaged Arturo Sandoval’s long time extraordinary pianist, Otmaro Ruiz, along with her previous collaborators including legendary studio jazz pianist Mike Lang, Wrecking Crew and Frank Sinatra’s bassist Chuck Berghofer, plus featured guitarist John Chiodini (Peggy Lee and Natalie Cole), percussionist Luis Conte (James Taylor touring artist) and award winning Latin percussionist/drummer, Aaron Serfaty. While speaking of the album Lyn says “You have to be into the musical moment. There’s pressure on everyone—me, the musicians—we have to be totally prepared. But it’s a great format if we execute it well.” I plan to let the real experience of a “live” recording happen, even the countdowns, so my fans can feel like they are live with us in the studio “lounge.”

"The unique and adventurous nature of this album is perhaps a bigger story than the exquisite music. This is recorded live in the studio as a direct-to-disc album with instantaneous mixing and no editing. This process bypasses magnetic tape, recording directly onto an analog disc. The sound quality is impeccable, as would be the case for Stanley's penchant for audiophile pristine production. The process requires nerves of steel, no flubs allowed. There is no opportunity to 'fix' mistakes later. Not many of these are made in the modern era and Stanley has become just one of five singers who have created a direct-to-disc vocal album containing at least three songs and over 12 minutes of music. She would have to have world class musicians to pull this off. There is no stopping except for a few precious seconds between songs. Another challenge is adjusting to the shifting moods of the tunes in the three- to five-second separations between songs. On just one album side, Lyn Stanley's interpretations run the emotional gamut from the easy swing of 'Route 66,' through rollicking 'Pink Cadillac,' to the heartfelt 'Lover Man'. But despite the pressure-cooker situation, Stanley and The Jazz Mavericks shift through all the feelings, including 'You Never Can Tell,' seemingly effortlessly, delivering a dozen tunes with a relaxed, creative, swinging sound. Lyn Stanley is fearless and continues to push the envelope." - Jim Hynes, www.makingascene.org 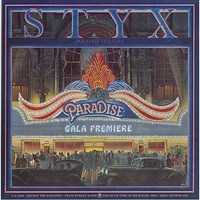 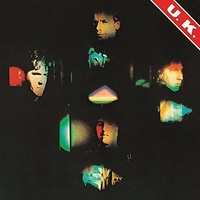 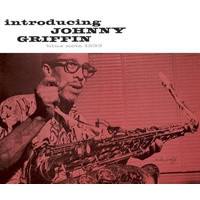