Regarded as one of the all-time great Blues guitarists, Chicago based Magic Sam remains a primary influence and favorite of Blues and Rock guitarists alike.

Recordings feature Sam with Mack Thompson on bass, Odie Payne Jr.. on drums, and Sam's uncle, Shakey Jake Harris on harmonica. Recorded in 1966 at Sylvio's in Chicago, these tracks are prime examples of the Soul infused Blues of the mid-1960's. 15 tracks on this collection are from that date, the last two, which also feature Jake were recorded in the fall of 1969 during the American Folk Blues tour. 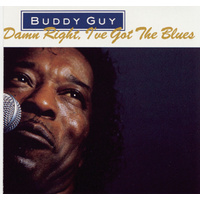