Marc Johnson is well known for his band, Bass Desires - one of the most highly celebrated jazz groups of the mid-to-late '80s. With an eye towards the same kind of leadership and innovation for the '90s, the bassist/composer has assembled a new group featuring the recently discovered young guitarist Ben Monder and percussionist/vocalist Arto Tunçboyaciyan. The group is called Right Brain Patrol, which is also the name of their debut album.

The trio's work exudes much warmth and rhythmic vitality in its seamless blend of urbane, contemporary jazz and world music sensiblities. While their music possesses an engaging folk-like quality, it has also something in common with the striking intimacy and sophisticated interplay of the small jazz tradition in which Marc, through his work with Bill Evans, Stan Getz and John Abercrombie, has played such an integral role. The result reveals not only music with great charme but with an extraordinarily sensitive collective ear for nuance and dynamic, as well.

Marc Johnson is highly acclaimed and much sought-after for his warm, rich tone and versatility in many musical situations. His extraordinarily melodic approach to the bass has developed out of the style of the late Scott La Faro into a language that is adaptive and flexible, yet truly his own. Bass Player magazine has said »playing strikes a delicate balance between power and lyricism.«

Marc has explained his approach in almost architectural terms: »The bass should be a melodic voice underneath what's happening. The rule involves everthing that is involved with melody: the counter of a line, the length of a line, where it begins, where it ends... To play melodically, it's important to internalize the structure of a tune… You're constantly composing when you're improvising and you need to think about whole phrases and how they fit within the structures.«

Born in Nebraska in 1953, Johnson studied piano with his father, a music teacher by profession, at an early age. »My father was always playing good music in the house«, he says. Later, he took up the cello and started playing bass in the high school. »I was a mediocre cello player, but I became a pretty good bass player overnight. My interest accelerated because of my success, and bass playing became suddenly my life direction.« By the time he entered North Texas State University where he completed his formal music education, he has accepted his first professional assignment at the age of 19 - with the Fort Worth Symphony.

In 1977, Johnson joined the Woody Herman Band, and within a year made three records with the group. While on the road with Herman, he was invited to sit in with Bill Evans at the Village Vanguard, and in 1978 he joined what was to become the last of the legendary pianist's trios. Before Evans' death two years later, Marc recorded four records with the trio and toured throughout Europe, Asia, North and South America. He considers his two years in the group to have been pivotal in his musical developement, introducing him to the creative possibilities of the bassist's role in a trio situation. In fact, since that time he has frequently gravitated to the trio format.

In the mid - eighties, Marc formed Bass Desires - his group which featured guitarist Bill Frisell and John Scofield and Drummer Peter Erskine. They recorded two highly acclaimed albums on ECM. The Boston Globe described the group's work as follows: »Framed by uncluttered arranging, the individual playing is subordinated in the changing needs of the music... The band speaks with one multi-colored voice. The result is overwhelming.«

Marc's grounding of Bass Desires' music was observed by Peter Watrous in Musician:

»Johnson's immersion in La Faro, and his understandig of Bill Evans' introspective playing in Bass Desires' secret and propably crucial ingredient. The group is a more obvious showcase for two divergent guitar perspectives... But the combination connects through the technical facility and emotional honesty of Johnson's bass playing, which anchores his axemen's billow and sound. What could have been a guitar bloodbath is turned into music; Johnson's rich - toned acoustic bass links the music to its jazz past and lends it a sensuousness the band might otherwise lack... On record and live, the band sounds loose and supple, which immediately derails suspicions of dressed up fusion.«

Marc has been a member of the John Abercombie Trio (along with frequent collaborator Peter Erskine) for over eight years. Some of the trio's work is an extention of the work he did with Bill Evans, i.e. freedom within structures and an often-blurred distinction between solo and accompaniment. The groups interplay is on a very high level.

Guitarist Ben Monder was born in New York City in 1962. He studied at the University of Miami and Queens College. Besides his work with Right Brain Patrol, Ben who lives in New York City, performes with his own trio (featuring bassist Drew Gress and drummer Tom Rainey) as well as the Jeff Williams Trio. Ben has played with Rashied Ali, Karl Berger, Herb Robertson, Perry Robinson, Michael Urbaniak and Michael Formanek. He was a touring member of Jack McDuff's band and toured Europe with Joris Dudli's »New York Project«.

Arto Tunçboyaciyan (percussion, voice) born in Turkey in 1957, is of Armenian decent. By the age of 11, Arto was already as a professional musician, performing and recording traditional music as well as collaborating with his brother, Onno Tunçboyacian, throughout Turkey and Europe. In 1981, Arto came to the United States to explore new creative influences and to add a new musical dimension to his work. Since then, he has given solo concerts of his own music throughout the world. Aside from his work with Right Brain Patrol, Arto plays frequently with Arthur Blyth. He has also performed or recorded with, among others, Bob Stewart (First Line, JMT 919 026-2), Paul Motian, Chet Baker, Nana Vasconcelos, Dino Saluzzi, Anthony Cox, Jim Pepper, and Al DiMeola. Arto can also been heard on his two solo albums, »Virgin Land« and »Main Root« on the Keytone label. 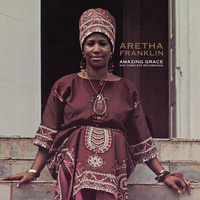 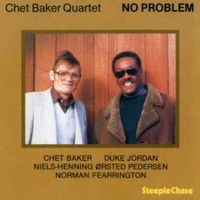