"To me, Almas Antiguas reflects a romantic idea of reconnecting with things, or people, or places from another life, not necessarily in a rational way," Marco Pignataro says of the title of his second album, which translates idiomatically to English as "old souls." A son of Bologna, Italy who moved to the New World in 1991, Pignataro presents 11 compositions or arrangements that tell a "story of love" in notes and tones, signifying on elements of his Italian (paternal) and Puerto Rican (maternal) bloodlines with a perspective shaped by long experience constructing musical narrative from the codes of hardcore jazz in the U.S. context.

In the process, Pignataro demonstrates his mastery of the Pan-American and Pan-Mediterranean tributaries of jazz expression, telling his stories with a spirit of freedom that embraces the here-and-now, as encapsulated by Wayne Shorter's mantric epigram, "the past is the flashlight for the future." As he puts it, "This CD is about roots from the Mediterranean, and how jazz can become this lens that absorbs all these different colors, through which you can create a new sound and bring out your cultural identity." Melody-and a desire to morph his metal instrument into an analogue to the human voice-are Pignataro's unifying threads.

"I'd been listening to a lot of Latin American and Neapolitan singers while I was envisioning this CD," he says. "When they are very good, they make the listener resonate to the sound of the voice. It seems to me that modern jazz has lost something about telling a story and evoking certain images. Here, I want to reconnect with the idea of delivering the music from a vocal viewpoint." Pignataro should be proud of executing such a remarkably cohesive, artistic recital, devoted to vivid melodies and beauty, in which all members illuminate the roiling emotions and romantic sensibility that underpin the songs. It will repay repeated listenings. - 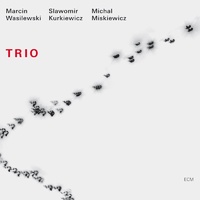