Digitally remastered two-fer containing a pair of albums from the Jazz great on one CD. Includes the complete albums Rah and Hip Parade, as well as an additional bonus track. Includes 16-page booklet. American Jazz Classics.

Although 'Rah' wasn't the first album by vocal jazz giant Mark Murphy, it was the album that set him apart as one of the finest post-bop male jazz singers. In the book Jazz Covers, legendary DJ Giles Peterson listed 'Rah' as one of his favorite jazz albums. In addition to the complete album 'Rah,' this CD release also contains Murphy's album Hip Parade in its entirety. On these early efforts, Murphy is accompanied by such outstanding musicians as Blue Mitchell, Clark Terry, Bill Holman, Melba Liston, Urbie Green, Wynton Kelly, Bill Evans, Barry Galbraith, George Duvivier and Jimmy Cobb, to name but a few. 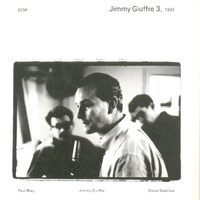