This release originally spawned write-ups like "Just what the doctor ordered to banish the Presley's and the Nelsons from teen-agers' affections" in 1958. This re-release features both Exotica 1 and 2 in their entirety. Exotica 1 reached gold status during it's original release in 1957, propelled by the hit single "Quiet Village." Considered alternative for his time, Denny has found a new fan base for his work with the resurgence of lounge music. 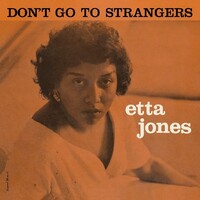