This 22-track reissue compiles the great pianist's two Vogue albums cut in 1953 and 1954, and includes the alternate takes from each. All of this music has been available before, but it is noteworthy that this set marks the first time these recordings have appeared together with their original sequencing.

While touring Europe in the early '50s, Mary Lou Williams made two separate recording trips to London. Each time she was paired with a different rhythm section. The common player on both dates was Tony Scott, who played bongos, thus appending both trios. The songs include standards, Latin tunes, and a few originals. For the most part, these sides were designed to offer a well-rounded portrait of an established American artist to record buyers on the other side of the pond. They accomplish that and more.

On the 1953 session she is accompanied by bassist Ken Napper and drummer Allan Ganley, as well as Scott. The highlights of the program include the hard-grooving swing-to-bop read of "Perdido" and two quite different takes of "Titoros" -- both of the latter make good use of Scott's bongos, which is not always the case here. Williams' "Kool Bongo" underscores these. The alternate take of "They Can’t Take That Away from Me" is done as a cha-cha but the original standard version is stronger. Williams' canny meld of harmony, rhythm, and the use of empty space on Monk's "'Round Midnight" offers elegance without drawing from the wonderful strangeness of its melody. The second date features a considerably lesser known -- but no less intuitive -- rhythm section comprised of lesser-known drummer Tony Kinsey and bassist Lennie Bush. It commences with a sprightly version of "Azure Te," which makes fine jazz use of the bongos, followed by a bluesed-out read of Lionel Hampton's and Benny Goodman's "Flying Home." This entire session feels far more relaxed. Williams' "Nickles" is a fingerpopping number that dances between bebop and swing. Her classy cha-cha tune "Twilight" offers interesting chord embellishments before it transforms into a blues. The alternate takes of standards "Yesterdays" and "The Man I Love" are in different keys than the ones originally issued, and it's arguable as to which are superior. A true highlight from the latter session is the reading of Cole Porter's "Just One of Those Things." The rhythm section plays it at double time while Williams complements and counters their collective energy adding grace, verve, and humor to every line. While this package is obviously designed for collectors who have everything else, it also serves as a fine introduction to Williams' iconic pianism. Gianluigi Trovesi - Frere Jacques: Round About Off 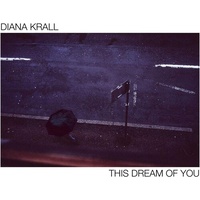