This stimulating CD has an interesting combination of players. It may be the only recording to include both pianist McCoy Tyner and his successor with the John Coltrane Quartet, Alice Coltrane (who adds atmosphere with her harp).

The set also matches the young altoist Gary Bartz with Wayne Shorter (doubling on tenor and soprano), whom he succeeded in Miles Davis' group, and reunites Shorter and bassist Ron Carter, and Tyner and drummer Elvin Jones. The all-star sextet stretches out on lengthy renditions of four of Tyner's modal originals, and there is strong solo space for the leader and the two saxophonists. Wayne Shorter in particular is often quite intense. 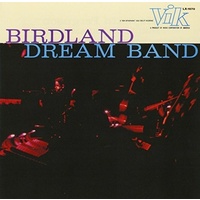