Describing the rocking, anthemic new track and album, Melissa explains, "The sound of the song and the whole record is purposefully aimed at that 90's rock sound. When rock was moody and fierce. 'Faded' is spot on a Melissa Etheridge song. You know it from the first few notes. I wrote it on my twelve string and kept it true to that sound." For this album, her 15th studio recording, Melissa was reunited with celebrated producer John Shanks (Keith Urban, Bon Jovi, Kelly Clarkson), and was recorded largely live in studio, capturing the raw emotion of the material.

The Medicine Show deals with universal themes of renewal, reconciliation, reckoning, compassion and, most profoundly, healing. Through the songs she processed the deep fears and hurting she saw in the nation on collective and personal levels; "Shaking" about national anxiety, "Here Comes the Pain," personalizing the opioid crisis, the unifying "Human Chain" about the hope for healing, and the rocking, anthemic "Love Will Live."

More highlights include the album-closer, "Last Hello" drawing on the incredible strengths and courage shown by the survivors of the Parkland school shootings, and the infectious "Wild and Lonely," exploring themes of her past with a new perspective. Mark Knopfler - Down The Road Wherever 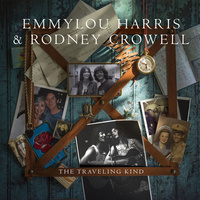