The intimacy oozes through the record, from the soft chitter-chatter, to the whoops, cheers, and "yeah" delights of the crowd. It's almost as if you are transported to one of the tightly packed tables in the front of the stage, soft lighting above your head watching the quartet perform in front of the back wall that's adorned with gig posters. The setlist features outings of some brand new songs ('Well Let's Just See', 'Can't Walk Away From It Now') as well as some inspired renditions from his back catalog; from his previous studio album Rock Bottom, and from Renegade Creation, the band he formed with Robben Ford, as well as two instrumentals to finish the night. 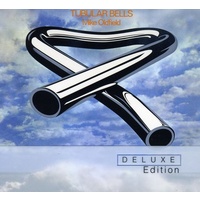