On 20 July 1969, Neil Armstrong and Edwin “Buzz” Aldrin left the Columbia command module, and just under three hours later became the first people to land on the moon. Michael Collins stayed on board Columbia and spent the next day alone orbiting the moon, waiting for his colleagues to return, losing visual and radio contact with the earth for 46:38 minutes of each orbit. One report of the time claimed that “not since Adam has any human known such solitude”, but when Collins was asked about that, he explained that his solo orbit of the moon, despite the fact of being alone, was characterized by the following states of mind: “awareness, anticipation, satisfaction, confidence, almost exultation.”

When chance takes a hand, it can write the most unlikely stories. Michael Wollny has made more than a dozen albums as leader during his 15 years as a recording artist, but has left it until now to make his first "classic" solo piano album. His innate curiosity, the desire to interact with other musicians, the temptation to discover new and original music together with others have normally proved far too great. After all, solo piano, whether on stage or in a studio, appears – at least on the surface – to be a lonely undertaking. However, in early 2020 the time seemed right for Wollny to start to delve into the endless fund of music, stories, thoughts, moods, images and encounters that he has been accumulating over the years. When it happened, the act of making the solo recording in April 2020 fell in the middle of the worldwide lockdown. The time, then, to retreat into oneself, a moment when the world has suddenly become smaller and quieter, lost its regular pulse, when the normal and constant flood of stimuli has been cut off, and in which many people find that their gaze starts to turn inward…

"The situation was surreal," remembers Wollny. "I spent two days in the large live room in Berlin's Teldex Studio. It was the first time in a very long time that I had been alone and without fellow musicians in a studio. On the way to the recordings I would be alone in a car, travelling through the empty city, and in the evening I would walk back to my empty hotel. Not only were there no other guests, there were no hotel staff either. I was absolutely alone with myself and with the music, and the ideas that surfaced in this situation went far beyond the original concept of the album. Being alone made me think about ‘soloists’ in different contexts, and that’s how the story of the astronaut Michael Collins came into my mind. He orbited the moon alone during the Apollo 11 mission, and lost all contact with the Earth over and over again." 46 minutes and 38 seconds – that's how long Collins' blackout in space lasted on each of his orbits of the earth. And it is exactly the duration of Michael Wollny's album "Mondenkind" (moon child).

Despite the solitary playing situation, "Mondenkind" is in many respects a dialogue, first of all with the music he plays. Wollny has a story to tell in the album through a series of ingeniously crafted and creatively rich songs. All of them deal with the state of being alone; the protagonists are soloists, loners, people who are one of a kind. Together, the songs form a single extended arc. There is plenty of tension and relaxation, there are moments that are cinematic, sometimes there’s continuous narrative. Roughly half the pieces are written by Wollny. The rest are by musicians who have a special significance for the pianist: singer and songwriter Tori Amos, the Toronto band Timber Timbre, harmonic innovators Alban Berg and Rudolf Hindemith (younger brother of the more famous composer Paul), and an other-worldly pop planetarium populated by Sufjan Stevens, Bryce Dessner and Nico Muhly. Wollny's masterstroke has been to create a highly individual world, a truly personal dialogue with these extremely contradictory elements. It is a world which will captivate and enchant any listener from the moment they become immersed in it.

"Mondenkind" is also a dialogue with the room and the instrument. "These days solo piano has many forms, not only stylistically but also in terms of production and engineering“, Wollny explains. "It was clear to me relatively early that I wanted to take a "classical" approach, in which the full, dynamic, lively spacious sound of a large concert grand piano is the central focus. No studio tinkering, no effects." You can feel the extent to which Wollny is happy to pursue this concept, listening to the sound of the instrument and the room and always reacting to what comes back. And one can hear the joy with which he relishes the full spectrum of the grand piano: all the way from delicate melodic lines and harmonies to thundering storms in the bass, note clusters that jangle, and those towering mountains of tone that have become something of a Wollny hallmark. This is total and joyous involvement in the inner life of the instrument.

Finally, and perhaps most importantly, this recording is also a dialogue between Wollny and his artistic self. "Mondenkind", says Wollny, “is a word I borrowed at the very beginning of this project from the writer Michael Ende and his fantasy novel “The Neverending Story”. The word is not in any sense a self-description, but refers to a key moment in the book where the protagonist – left to his own devices – gives a new name to the world around him and thereby brings it back to life...which is in fact the task that any musician sets himself with every new album, and above especially with a solo album.” "Mondenkind" is a deep dive into Wollny's personal repository of sounds, his vast musical cosmos, a reflection of his own life-story. It is also a context where the conscious and the subconscious inspire each other. There is nothing lonely about this solo recording either for its creator or for the listener. It is a moment of completeness. And of complete fulfilment. 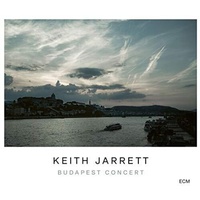