Nefertiti will always be known as the final all-acoustic record made by Miles Davis’ classic second quintet. A thematic bookend to the preceding Sorcerer, the 1967 set shares much in common with its equally nuanced predecessor yet deviates by way of its focus on rhythm and exploratory soundscapes.

As he does on Sorcerer, Davis again cedes all compositional duties to his all-star band mates and focuses on his trumpet. Familiar albeit slightly dissonant, rooted in hard bop yet signaling the onset of fusion, the songs are grounded in inquisitive interplay and subconscious impressionism. Nefertiti reveals fresh devices and new directions every time you visit its cerebral worlds. And while each musician is given ample room to solo, the effort stands as an example of groupthink in that no individual stands out or shows off. The groundbreaking title track—during which the horn section recurrently repeats the melody as drummer Tony Williams and bassist Ron Carter improvise, thus inverting the conventional sense of a rhythm section—shines as a textbook example of such chemistry and unity.

Throughout, the players’ confidence, and Davis’ trust in them, stamps every piece with rare self-assurance and authoritativeness. In particular, Williams and Carter bring rhythms to the forefront as the horns hypnotize and Herbie Hancock’s piano points in several different directions like a compass gone crazy. Responsible for “Madness” and “Riot,” Hancock contributes brief bursts of speed and slight aggression, but on a record on which complexity and introspection take precedent over blowing hot, the aural steam ultimately becomes opportunity for burrowing into unpredictable turns and deep grooves.

Indeed, the thrilling sense of interplay and inclination of the ensemble to keep searching, moving forward in a concerted manner to uncover then-unheard jazz discoveries, marks Nefertiti as one of Davis’ quintessential efforts. For historians, it’s the signpost to the pioneering fusion the leader would begin to pursue with greater commitment on the record’s follow-up, Miles in the Sky. For the rest of us, the album is music and music-making at its intriguing best. 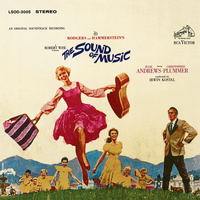