Miles was smiling: his health problems were behind him, and during his convalescence in the spring of 1966 he had met the actress Cicely Tyson. He went on the road again in May, and in autumn he returned to the New York studios and saw the producer Teo Macero, whom he had been avoiding since 1963. The sessions were characterized by a great spontaneity, with only one take for each piece.

The repertoire was far from simple, regardless of whether the piece was composed by Wayne Shorter (the fragments of “Orbits” and “Dolores”), Eddie Harris (the slalom of “Freedom Jazz Dance”), or Miles Davis (the elastic structures of “Circle,” inspired by “Drad-Dog” on Someday My Prince Will Come). Even the blues (“Gingerbread Boy” and “Footprints”) were subject to the wildest rhythmic treatments. They seem lost in a fog, suddenly they find their way, and then Miles messes up in his introduction to “Freedom Jazz Dance” and in the reprise of “Dolores.” At the end of “Gingerbread Boy,” Miles doesn’t even wait until the last echo dies away to demand: “Teo, play that again! Teo? Teo? Teo? Teo, play that again for us!” And one hears him smile! 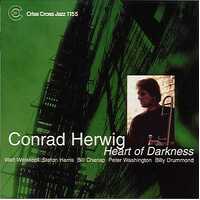