Relaxin’ with the Miles Davis Quintet is in every way a masterpiece. When Davis the trumpeter (1926-1991) had formed the band in 1955, his colleagues — tenor saxophonist John Coltrane, pianist Red Garland, bassist Paul Chambers, and drummer Philly Joe Jones — were not considered jazz-world A-listers. And before conquering his narcotics addiction earlier in the ’50s, Davis had seen his once-promising career go into eclipse.

By 1956, however, his sound, especially when muted, was an achingly personal counterpart to the vocals of Billie Holiday and Frank Sinatra. Relaxin’ (plus its Prestige companions, Miles, Cookin’, Workin’, and Steamin’) reestablished Davis, and elevated his quintet as the gold standard of small groups. This set is called Relaxin’ because of the ballad performances in several different bright tempos. From medium-bounce to crisply up, Relaxin’ remains one of Davis’s sunniest outings, a prime example of one of the outstanding ensembles of the 20th century reaching the summit of their artistry. Originally released in 1957. 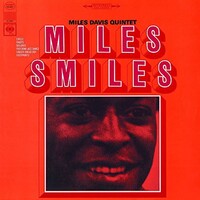