Milton "Milt" Jackson was an American jazz vibraphonist, usually thought of as a bebop player, although he performed in several jazz idioms. A very expressive player, Jackson differentiated himself from other vibraphonists in his attention to variations on harmonics and rhythm. He was particularly fond of the 12-bar blues at slow tempos. He preferred to set the vibraphone's oscillator to a low 3.3 revolutions per second (as opposed to Lionel Hampton's speed of 10 revolutions per second) for a more subtle vibrato.

"...[T]wo sessions led by vibraphonist Milt Jackson... Bags is in fine form (and contributed four of the seven selections)... The first side of Plenty, Plenty Soul, which features a nine-piece group, is highlighted by the contributions of the exuberant altoist Cannonball Adderley, while the flip side has a sextet that is not hurt by the solos of tenor-saxophonist Lucky Thompson. With pianist Horace Silver helping out on both sessions, these all-star dates still sound fresh and enthusiastic decades later." - Scott Yanow, allmusic.com 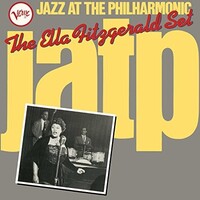