This album has an interesting concept, alternating four original blues with five adaptations of melodies from classical works by Bach. The Modern Jazz Quartet had long been quite adept in both areas, and despite a certain lack of variety on this set (alternating back and forth between the two styles somewhat predictably), the music is largely enjoyable. Vibraphonist Milt Jackson, pianist John Lewis (doubling here on harpsichord), bassist Percy Heath, and drummer Connie Kay were still all very much in their musical prime during the 21st year of the MJQ's existence. 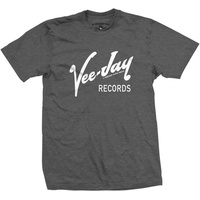