Bossa nova might have been forged in a spirit of futurism and progress, but within a few years of its birth its leading songwriters had to address Brazil’s brutal military dictatorship.

To avoid censorship, the original versions had cunningly disguised lyrics with blandly generalised expressions of love, longing and carnival; but Vasconcelos can address each song’s mournful, militant subtext. Her deliciously sad voice emphasises how Chico Buarque’s fugue-like Angelica is about political prisoners who were “disappeared” by military authorities; or how the “carnival” in Ivan Lins’ Abre Alas is a metaphor for liberation. Throughout, her Anglo-Brazilian band play smooth bossa nova with plenty of bite, transforming Taiguara’s proggy, psychedelic Sete Cenas de Imyra into a dizzying samba in the unsettling time signature of 7/8. 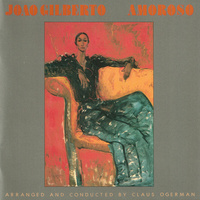