Four songs use a smaller group, with Timmons absent on "My Heart Stood Still," which finds Keter Betts on cello and Jones on bass; "Mean to Me" featuring Nat backed by Montgomery, Betts, and Hayes; and two ballads ("I've Got a Crush on You" and "Violets for Your Furs") interpreted by the Adderley-Montgomery-Jones trio. No matter the setting, Nat Adderley is heard throughout in peak form, playing quite lyrically. Highly recommended. 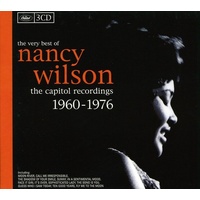