Skin Tight was a major turning point for the Ohio Players, who had enjoyed several hits on black radio (including "Pain," "Funky Worm," "Varee Is Love," and "I Wanna Hear From You") but hadn't been huge. Switching from Westbound to Mercury, the Dayton funksters became exactly that -- huge -- and went from enjoying a cult following to being one of the most celebrated funk bands of the 1970s. With Skin Tight, the band's erotic album covers went from employing bizarre S&M/bondage imagery to being more Playboy-ish, and its music became less abstract (but remained quite risk-taking and unpredictable). The title song and "Jive Turkey" are down and dirty funk classics, and the jazz-influenced "Heaven Must Be Like This" illustrates the fact that the Players could also be captivatingly romantic. 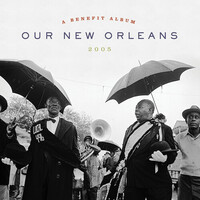