Digitally remastered and expanded deluxe two CD edition of Complete & Unbelievable: The Otis Redding Dictionary of Soul, the soul legend's 1966 album (and the last issued in his lifetime).

The original album features mostly covers on side one and original compositions on side two. This deluxe editions features stereo and mono mixes of the album, remastered from Ian Sefchick's vinyl masters.

This new 50th anniversary deluxe puts the mono version of the record on the first disc and adds five tracks: outtakes, B-sides and Reddings' demo version of 'You Left The Water Running' which he cut in FAME Studios in Muscle Shoals, Alabama in 1966.

The second CD features a stereo version of the album along with three tracks performed live in Europe in early 1967. 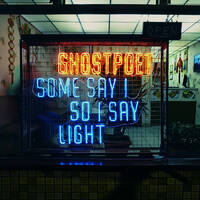