American soul singer P.P. Arnold's "lost" album The Turning Tide, with songs produced in the late 1960s and early '70s by Barry Gibb and Eric Clapton, was released for the first time by independent Kundalini Music on Oct. 6.

The unheard album showcases the authentic R&B credentials of the vastly experienced Los Angeles-born vocalist, who went on to work with everyone from Nick Drake to Peter Gabriel.

Arnold made the recordings in London, where she arrived in the mid-1960s as a member of Ike & Tina Turner's Ikettes. She sang with trendsetting chart regulars Small Faces, who were signed to Andrew Loog Oldham's Immediate label, and then got her own deal with the label, scoring a top 20 U.K. hit with Cat Stevens' "The First Cut Is The Deepest" and several other chart singles including "Angel Of The Morning."

After Immediate folded, Arnold embarked on the project that was planned as her third album. Already a fan of Gibb's after recording the Bee Gees' "To Love Somebody" on her 1968 album Kafunta, she seized the chance to work with him after an introduction arranged by Jim Morris, personal assistant to the Bee Gees' manager Robert Stigwood.

Eight of the ten or so tracks that Arnold recorded with Gibb are on The Turning Tide, including "Turning Tide" itself, which the Bee Gees recorded for 1970's Cucumber Castle. The trio's expanding success at the time prevented Gibb from completing the sessions, whereupon Stigwood landed Arnold the opening slot on Clapton's post-Blind Faith tour with Delaney & Bonnie and Friends.

Clapton, impressed with her vocal prowess, readily agreed to complete the album sessions, using the Delaney & Bonnie touring band that became Derek and the Dominos, as well as vocalists Rita Coolidge and Doris Troy. But even then, the recordings became entangled in business issues that are finally resolved now, the better part of 50 years later.

"These recordings document my growth and development after the Immediate years," says Arnold, "and my struggle to survive being a relevant solo artist during a lot of lost years in my career. It's an amazing trip down memory lane that I am so thrilled can be experienced in the here and now." 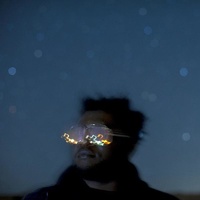 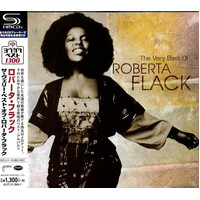