After five years of recording with 4 Star [distributed via Decca Records], Patsy Cline signed directly to Decca Records and producer Owen Bradley. Having been limited by 4 Star's insistence on dominating the copyrights of the songs she was recording, Owen & Patsy immediately looked more broadly for material, and their first three song session under the new contract instantly produced gold in 'I Fall to Pieces', her first Country #1 and her first charting recording in almost three years.

The next year also produced her classic 'Crazy' and 'She's Got You', and Patsy Cline's star has shone brightly ever since. All she needed was the right material, and Owen Bradley and Decca provided it. Unfortunately, that illustrious combination was only to last until Patsy died in a plane crash at age 30 in March 1963. By then, she had recorded the 51 masters on this new collection, and these 51 tracks have become the crown jewels in this country Queen's recorded legacy.

From standards to country classics, from Cole Porter and Irving Berlin to Willie Nelson and Hank Williams, the songs, Bradley's full-bodied productions, and Patsy's performances shine throughout. 'Sweet Dreams' is elaborated on by a series of remarkable period photos and insightful sleeve notes by Colin Escott. 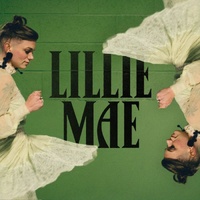