On this album Paul Motian returns to his Bill Evans Trio days, with this album. Motian's years with Evans, then Keith Jarrett, helped him evolve into one of the most consistently creative, musical, swinging and sensitive drummers around, Working with those two groups (and several others) taught him all the subtle nuances of group interaction and creativity which are evident on Motian on Broadway.

As a leader, Motian has been equally impressive, especially in the past five years with his trio, consisting of tenor saxophonist Joe Lovano, guitarist Bill Frisell and the master drummer himself.

Motian On Broadway shows us another facet of the man's mastery: Broadway show tunes, or "standards," an American art form which reached its peak during the '30s, '40s and '50s.

"The whole album came about because of my interest in Broadway show tunes, my interest in Jerome Kern, George Gershwin, Harold Arlen, all the great composers from that era," says Motian.

"However, there are so many great songs that I had to narrow the field down to four to five composers, then researched all of their compositions. I chose the songs I really loved, or that hadn't been done very much, or were associated with Bill Evans or Keith Jarrett."

There's more. Motian was not satisfied just with choosing a new repertoire for the trio - he added a musician to the group: legendary bassist Charlie Haden.

Haden and Motian have worked together for years, most notably in the rhythm section of the Liberation Music Orchestra, where they form one of jazz's most swinging, "locked-in" rhythm teams (in fact, all four musicians have played together in Orchestra). "Because of the songs," Motian says, "I wanted to add a bassist to the trio. Charlie was my first choice. These songs are mostly played with ' time' and I wanted a bassist for that. And I love Charlie of course."

Arlen's "Over The Rainbow" and "Last Night When We Were Young," are the only recordings by the trio. Motians, after some experimentation, concluded that these two were best done as trio tunes. "We rehearsed all the tunes as a trio," he recalls. "Charlie just came in for the record date. But two tunes sounded better as trio pieces, especially 'Last Night...' where we played it without tempo, sort of rubato. I liked that a lot. Same thing for 'Over The Rainbow.' We could have played all these tunes 'out of time' as a trio, but they weren't meant to be played that way. But these two felt better as trio performances."

The Gershwin tunes, "Liza," the uptempo romp which opens the album, and "Someone To Watch Over Me," a magnificent ballad, were inspired by other classic jazz performances; the former by a Monk/Blakey/Pettiford recording and the latter by Ben Webster/Gene Ammons versions. Similarly, Motian first heard the Jerome Kern tune, "They Didn't Believe Me," on a Bud Powell recording.

Cole Porter is well represented with "I Concentrate On You," "What Is This Thing Called Love?," "My Heart Belongs To Daddy" and "So In Love." Of "What Is This Thing Called Love?" Motian says, "We'd been playing this with my quintet and trio... I had a lead sheet with some chord changes by Bill Evans. We had been playing it in a bright tempo, but Charlie suggested we play it slow, because at that tempo Bill's changes could be heard better.

"I've got quite a few songs (leadsheets) with changes by Bill Evans. Perhaps we'll do an album of those."

On each tune here Frisell, Lovano and Motian – anchored and inspired by Haden – play the familiar melodies and changes with a truly fresh approach. The soloing never degenerates into endless choruses or overlong searches for inspiration. These men know how to listen to each other and plumb the material for harmonic, melodic and rhythmic secrets.

"I live all those tunes from the '30s and '40s,"says Motian. "I'm glad that Mr. Winter and Mr. Itsuno liked the idea for this project. It turned out so well we will be recording a Volume II of these Broadway tunes. I like the research involved... doing obscure tunes or, if they've been played a lot finding a different way of playing them. It's a challenge.

"I have always felt that even if a song has been done a lot, it really doesn't matter, because what counts is your interpretation of it," says Paul. 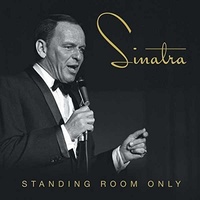