The eighth historical release from archival imprint Real to Reel Records is an unreleased concert recording from baritone saxophonist Pepper Adams with the Tommy Banks Trio. Adams is best known for his work with John Coltrane, Charles Mingus, Lee Morgan, Donald Byrd and countless other jazz legends. The 100-minute performance was recorded on September 25th, 1972 at the University of Alberta.

This is the first release from a rich tape archive from Marc Vasey in Edmonton, Alberta. The set is transferred from the original analogue tapes. The deluxe edition double CD Includes an extensive 15 page booklet with rare photos; essays by Gary Carner, producer Cory Weeds; plus interviews with baritone saxophonists Frank Basile and Gary Smulyan as well as original music producer Marc Vasey. Aki Takase - Close Up Of Japan 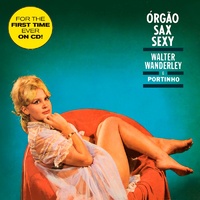