This collection features hits that made Petula Clark a star of U.S. pop radio. Clark has had a varied and remarkably successful career, beginning during World War II, developing in France, bringing U.S. pop stardom, and continuing today at clubs and concert venues around the world.

Petula Clark began singing professionally as a child. Known as the English Shirley Temple, she became so popular among British troops during wartime that by the end of the war, still under ten, she was a national star, singing at the victory celebration at Trafalgar Square and starting to appear in British films. Her recording career began in 1949, and she focused throughout the '50s on recording children's songs, though as teen pop began to dominate the airwaves in the latter part of the decade, she recorded some singles in that vein as well.

In 1957 she was reinvented as a French recording artist; she also began recording in German and Italian and had multiple number-one chart hits in different languages throughout Europe. In the early 1960s she recorded Downtown in English which reached number one in the U.S. and began what amounted to a third career for Petula Clark.

These U.S. hits began a career that defined a pop style and created an international superstar of Petula Clark. 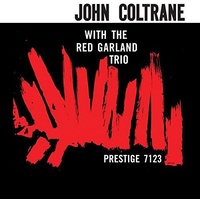