Hot Dawgit - The Anthology: The Columbia Years is a luxurious set by the legendary Ramsey Lewis, spanning the award-winning musician, producer and composer's 17-year tenure with Columbia Records. Features 37 tracks including all of Ramsey's charted hits for the label, selected key singles and notable LP cuts drawn from among the eighteen albums he recorded for the label.

The Chicago-born octogenarian began his journey as a recording artist at Chess Records in 1966, achieving chart success with his soulful covers of such tracks as 'The In Crowd', 'Wade In The Water' and 'Hang On Sloopy'. In 1972, Ramsey - initially with his famed trio (whose ranks had included a young Maurice White, founder of Earth, Wind & Fire as drummer) - began recording a series of critically-acclaimed albums for Columbia including Upendo Ni Pamoja, Funky Serenity and Solar Wind.

In 1974, teaming with White - whose EW&F group was in it's ascendancy - Ramsey scored his biggest across-the-board hit with the now-timeless classic 'Sun Goddess' (the full eight-minute-plus version of which is included here). This stellar anthology, compiled by SoulMusic Records' David Nathan with superb notes by renowned UK writer Charles Waring including extensive quotes from Ramsey himself, with top grade remastering by Nick Robbins, features production work from a range of producers including Ramsey, Larry Dunn, Tom Tom Washington and Bert DeCoteaux.

Also included are three tracks from Ramsey's initial 1984 pairing with song stylist supreme Nancy Wilson as well as full length versions of some of Ramsey's charted hits including 'Kufanya Mapenzi' and 'Brazilica'. 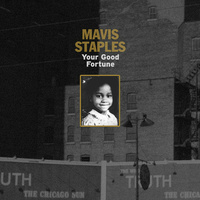