Ray Charles' seminal recordings for Atlantic have been boxed once before, as the triple-disc 1991 set The Birth of Soul.

That box contained 53 tracks, the best moments of what is arguably the best period of Charles' career, but Rhino/Atlantic's 2005 seven-disc sequel, Pure Genius, doesn't bother with merely the highlights: as its subtitle makes clear, this is The Complete Atlantic Recordings (1952-1959).

This is undeniably a major historical release, since it gathers all of the recordings Charles made at his creative peak, not just as a leader, but as a sideman for his saxophonist David "Fathead" Newman and sides he recorded with jazz vibraphonist Milt Jackson. Also, it's not limited to studio recordings -- live sessions, later issued on the LPs Ray Charles in Person and Ray Charles at Newport, are here too.

Despite the abundance of music here, there's not much that hasn't seen the light of day before. It may not seem that way at first glance, since the seventh disc contains nothing but unreleased material, but the great majority of that is devoted to a full-length rehearsal session with producer Ahmet Ertegun from 1953 -- something that is interesting to hear once, since it does give some insights into Ertegun and Charles' working relationship and how Ray acted in the studio, but even then, it's not exactly revelatory.

Still, presented here in chronological order according to recording sessions, it's hard not to marvel at Charles' development as an artist and be astonished by his range. That is what makes this set worthwhile as something more than a library piece -- listening to the first six discs from beginning to end reveals exactly how restless and creative Ray was during this period. Most listeners will be satisfied by more concise collections of this period -- and even those who truly love the hard R&B and soul of Charles' Atlantic hits will likely find The Birth of Soul a more satisfying box, since it is devoted to that sound, whereas the rest of the music here that's not on the 1991 box is largely devoted to jazz sides and live performances -- but any serious fan or historian of American music will find this set essential. 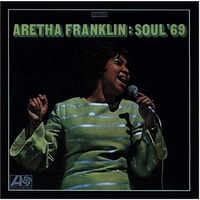 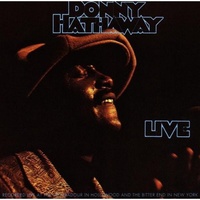