1961 instrumental set true to its name: The sound of Charles letting loose in an intimate jazz club

There's no doubting Ray Charles became a legend only after moving to Atlantic Records where, in the mid and late 1950s, he rung up a string of hits that redefined popular music and gave birth to R&B. Yet the label refused to shoehorn Charles into strictly sticking with vocal fare. Recognizing his jazz and blues roots, Atlantic both permitted and encouraged him to record instrumental sides with jazz combos and pursue piano-based material with which he was originally associated.

Opening up the veil onto these early 1960s sessions, this collector's disc functions as a tableside-seat at a smoky jazz club where, for sheer fun and amusement, Charles gathers with a handful of cohorts and lets loose with hard-bop standards and swinging rhythms. The cavity of Charles' instrument, acoustic signatures of the stand-up bass lines, and swish of the percussion are all presented with unfettered realism.

Taken from the same three studio gatherings that yielded The Great Ray Charles, the eight tunes here feature the icon pairing with both a trio and a septet. Longtime collaborator David "Fathead" Newman plays tenor and alto sax, while trumpeter Joseph Bridgewater and bassist Oscar Pettiford also contribute memorable performances. Hall of Fame producer Quincy Jones handles the arrangements on the bigger-band tracks. Yet the star of the program remains Charles, and the carefree, charming manner in which he causes the music to move in any direction he wills.

Refreshingly easygoing and naturally soulful, Charles plays in time with his mates, cozying up to the ivories whether responding to Newman's brassy currents or reacting to the be-bop sway on "Joy Ride." Slightly removed from the gospel trademarks of his more commercial fare, Charles burrows into the blues, engaging in back-and-forth dialog with the brushed drums on "Dawn Ray" and laying down countermelodies on arrangements in the septet setting. Close your eyes, and you're feet away from Ray and the boys at an intimate 3 A.M. gathering in a small club in New York's Greenwich Village! 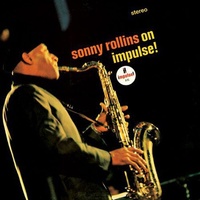