Ray Mantilla was one of the true conga giants during the 1950s, 60s and 70s recording hundreds of album sessions and pioneering the use of unique combinations of latin percussion instruments.

Among his most famous collaborations were with Charles Mingus, Herbie Mann and Max Roach. In 1977, Mantilla was selected by the great jazz ambassador Dizzy Gillespie to accompany him to Cuba as the first US band to visit the island since the travel embargo of 1962. Their joint concerts with Cuba's indigenous bands made musical and political history.

For REBIRTH, Mantilla surrounded himself with his long-time colleagues Edy Martinez, Ivan Renta, Guido Gonzalez, Diego Lopez and others, once again proving that the music he made came from his heart as well as from his lifetime of experience. Ray Mantilla was very insistent on titling this recording REBIRTH. After a long illness the irrepressible Ray Mantilla passed away a few short months after completing the sessions for this CD. The music contained here is a fitting tribute to the man and the musician beloved by so many. 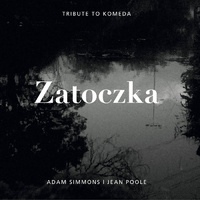