"Everything completes itself." Helder Velasquez Smith

Love Waves Ecstatic Charge uses visual material to construct sonic architecture. The visuals are one hundred and six still images taken from an experimental video which was initially shot when Mazurek was in residency at Abbaye Royal de Fontevraud, France, 2005. Upon his return from the residency he discovered the camera broken and barely operational other than the fact of being able to extract frame by frame 106 distorted still images and fragmented skipping sound that would on occasion burst through. This material sat untouched for numerous years until recently, whereupon a reinvestigation of the material had such a depth of feeling to it that he used these images and sound to start to construct sonic pieces based on color shifts, granulation, bursts, shape, distortion, textrue and finally text. The text is an affirmation of Life and Breathing, Love and Ecstatic Charge, the constant shifts that occur in daily life creating Waves of Joy and Sorrow and everything in between. Other Sound was eventually collected from various sources, specifically in and around Mies van der Rohe's iconic Farnsworth house in Plano, IL and processed through modular synth and computer. Some of this sound can be heard inside the film he made in collaboration with filmmaker Lee Ann Schmitt titled: The Farnsworth Scores. Excerpt here: vimeo.com/250349662

"I have been making electronic music since the mid 90's as a way of challenging my own way of composing and hearing and seeing and by intense experimentation, to move closer to an all enveloping resonance that has been just out of reach ... but there! ... and over time have created some kind of vocabulary that I hope at the very least is "interesting" at the very most "shattering" In the most cathartic of ways." - Rob Mazurek 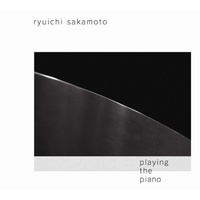 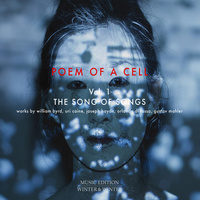