Roland Guerin found his way back to his musical roots while recording and touring with the masterful Allen Toussaint from 2009 until his passing in 2015. Having collaborated with many legends from Marcus Roberts to the Blind Boys of Alabama, Roland's debut solo release was dubbed "a literal piece of art" by JazzReview. Now integrating Americana folk melodies, blues, zydeco, African rhythms, and rock with jazz soloing and orchestral arrangements, Grass Roots' tender eloquence reveals Guerin's formidable chops not just in his playing, but in his choices. 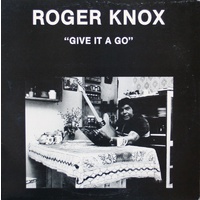 Roger Knox - Give It A Go